Many individuals and businesses receive notices from the IRS in one form or another. The individual, owner, or agent of the business often calls our office asking what they can do to contest an IRS letter. This article was written to give a brief overview of the IRS procedure from first notice to Tax Court. 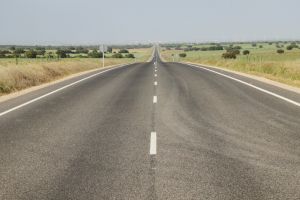 The first contact with the IRS is often in the form of an audit notice. The letter is required to identify the type of tax the IRS is auditing and the period for which the taxpayer is being audited. Upon the completion of the audit, the IRS issues a proposed adjustment. The taxpayer has two obvious options at this point; it can either agree or disagree. If the taxpayer agrees the IRS requires the execution of a Form 870. If the taxpayer disagrees with the findings the IRS will issue what is known as a 30 day letter.

As a brief aside, many taxpayers often ask us to describe the difference between a Form 870 and a Form 870 AD. While both are agreements are between the taxpayer and the IRS, the AD form has a built in heads you win, tails I lose provision from the taxpayer’s perspective. The IRS takes the position that under the terms of the 870 AD the government can still re-audit the taxpayer if there are “extraordinary circumstances.” On the flip side, the terms of the agreement prevent the taxpayer from seeking a refund on the same matter even if extraordinary circumstances arise.

While some tax professionals believe it is a better practice to wait until the 90-day letter is issued to do anything, a seasoned tax attorney will tell you there is some downside for waiting. Every filing before the petition is protected by 6103, I.R.C. Specifically, section 6103, I.R.C., states that unless provided elsewhere in the Code, the very broadly defined “return” of a taxpayer shall be kept confidential by the IRS. The main downside for unsuspecting taxpayer is that once a petition is filed the case and all of its filings are public record for the world to see.

For everyone’s convenience a copy of a flow chart can be found here. The chart was created by Professor Joshua Blank for my Tax Procedure class at NYU.