Few attorneys or accountants practice or ever even heard of lawyers that practice in the area of Native American Taxation. However, I have found this unexplored area of the law to be fascinating. Similar to many areas of state and local tax work, Native American Taxation is poorly developed and the rules are unclear and largely don’t make any sense. While it is common for multi-state SALT attorneys like me to live in a world with no clear answers, living in this gray area of the law is uncomfortable for most lawyers and professionals.

From the early days of our nation, in Cherokee Nation v. Georgia (1831) and Worcester v. Georgia (1832) it has been battled over whether and to what extent the Indian Reservations are foreign and discrete nations within the United States borders. Identical to most undeveloped state and local tax issues, the same problems remain in 2013.

In California, the Board of Equalization (the Taxing Agency in California) issued state regulations regarding state taxation and tribal governments on January 9, 2013. The BOE discusses its position regarding sales and use tax on transaction relating to sales of federally recognized tribal governments off the reservation. In summary, if you or your client is selling to a Tribe that lacks a reservation in California, it is worthwhile inquiring about California’s requirements to receive the exemption. 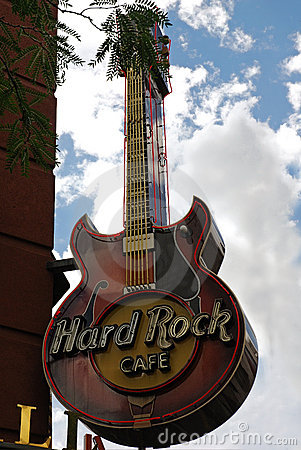 Both cases were filed in November of 2012 involved companies that leased restaurant space at the Hardrock Casinos in Hollywood and Tampa Florida, respectively.

According to the complaint, Ark operates a food court in the Hardrock Casinos and remits a percentage of its sales to the Tribe. Under the terms of the parties’ agreements, the document evidencing this arrangement was called a “Lease” and the payments were labeled as “rent.”

Florida happens to be one of the rare jurisdictions that charges sales tax on commercial rent. Based on that premise, Florida conducted an audit of Ark and ultimately assessed sales and use tax on the “rent” payments. The rent amounts were quite substantial. For example, the tax at issue on the alleged commercial rent is $110,306 for the Hollywood property and $100,735 for the Tampa location.
The crux of Ark’s argument is whether a state has the power to levy a tax on Indian land or if this power is limited to the Federal government under the Indian Commerce Clause. As stated above, this has been a recurring issue since the beginning of state tax jurisprudence. Interestingly, in Mashantucket Pequot Tribe v. Ledyard, a 2012 Federal decision out of Connecticut, ruled that a state could not tax the land of a tribe under a traditional property tax regime.

Other more well known cases such as McClenahan v. Arizona seem to state that a state income tax on an individual is unlawful because it is preempted by federal statute. The famous Warren Trading Post v. Arizona, also stands for the proposition that tax on transactions on the Reservation could not be taxed by a state. The sales tax in Ark cases is explicitly, by definition, for tax on the privilege of using land, which has greater protections than an income or transaction tax on a Reservation. Therefore, it seems that Ark has a great chance of success on the merits of this case.

It will be interesting in the coming months to see how the court disposes of this issue. I will certainly be watching and provide everyone with an update as they become available.

About the author: Jerry Donnini is a multi-state sales and use tax attorney and an associate in the law firm Moffa, Gainor, & Sutton, PA, based in Fort Lauderdale, Florida. Mr. Donnini’s primary practice is multi-state sales and use tax as well as state corporate income tax controversy. Mr. Donnini also practices in the areas of federal tax controversy, native American taxation, federal estate planning, and Florida probate. Mr. Donnini is currently pursuing his LL.M. in Taxation at NYU. If you have any questions please do not hesitate to contact him via email or phone listed on this page.