Over the past year, we have been involved in more and more Florida Tobacco Tax Audits. With the volume of audits we deal with on a regular basis, we see trends within the state. We also have seen audit after audit in Florida in which the Department of Business and Professional Regulation does not play by the rules. Unlike the Department of Revenue, which has detailed rules and procedures, the Department of Business and Professional Regulation (“DBPR”) does not. As a Florida state and local tax attorney who also focuses on Florida alcoholic beverage, cigarette, and tobacco tax, this conundrum can be attributed to the insufficient rules that exist at DBPR and the lack of taxpayer challenges to the audits.

On its website, DBPR, Division of Alcoholic Beverages and Tobacco (“FL ABT”) proudly proclaims that there are about 75,000 ABT license holders, and the audit division generates over $1.9 billion in license fees, taxes, and fines in Florida. Despite the huge number of license holders in Florida, there are very few audit challenges with the Department of Professional Regulation and even less litigation. But, are the audits done correctly? Is FL DBPR just that good that it never makes a mistake?
END_OF_DOCUMENT_TOKEN_TO_BE_REPLACED

In an attempt to quit smoking, many Americans purchase a piece of equipment for about $50 and e-juice for about $15. When heated by the equipment, the e-juice, nicotine laced liquid, becomes an inhalable vapor that can be used as a cigarette replacement for many nicotine addicts. The electronic cigarette, or e-cigarette, first became widely available in Europe in the early 2000’s. From there, the industry grew to several thousand users in 2006, and now some analysts estimate that this has become roughly a two billion dollar industry in 2013. Are these battery-powered devices safe? What are the long term effects of inhaling nicotine through an e-cigarette?

The Food and Drug Administration’s (“FDA”) current stance appears to be that it does not know the answer to either of these questions. However, unlike medications and patches, the e-cigarettes have not been approved by the FDA. Many officials, such as tobacco policy analyst with the National Conference of State Legislatures, Karmen Hanson, seem to think so. Hanson went so far as to believe that the e-cigarettes are a “prominent public issue,” and “it’s up to the states” to deal with. Others, such as Rep. Paul Ray (Utah), strongly believe the e-cigarettes to be “terrible stuff,” and that “the industry . . . kills their clientele” by “peddling stuff that they know will absolutely kill people.”

On the other side of the coin are proponents of the product, like Stauffer of West Point, Utah. He has claimed that the e-cigarette eliminated smoking from his life. He does not believe vilifying the product is warranted because “[q]uitting smoking has never been easier.” He truly believes the e-cigarette is less harmful for his body and if Utah “is serious about helping [the people] make healthy choices, then [e-cigarettes] should be encouraged.”

So what do states do when they believe that a particular practice is against public policy, they are unsure about a product, or they want to influence certain behavior?
END_OF_DOCUMENT_TOKEN_TO_BE_REPLACED

It is no secret that states generate high amounts of tax revenue from excise tax. For public policy and political reason, alcohol and tobacco seem ripe for state governments to extort money from its citizens. As a result of high tax rates, businesses that buy and sell large quantities of alcohol and tobacco products find it worthwhile to fight rogue state agencies, such as the various Departments that regulate alcohol and tobacco tax. In a recent Louisiana case, McLane lost against the Department of Revenue in its challenge of the state’s tobacco tax.

Like many states, Louisiana levies a 20% excise tax on the distribution of smokeless tobacco in its state. Louisiana takes the position that the first person to distribute tobacco in Louisiana is liable for the tobacco tax. Specifically, the Louisiana law says that tax is due on 20% of the “invoice price” — an “invoice price” being the “manufacturer’s net invoiced price as invoiced to the tobacco dealer by the manufacturer.” Clear enough? In this particular case, McLane purchased its smokeless tobacco from US Smokeless Tobacco Brands, which is a subsidiary of UST Manufacturing. McLane then sells its tobacco to customers in Louisiana. 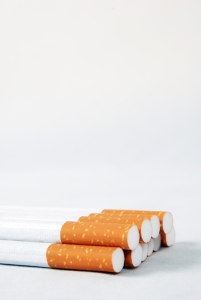 END_OF_DOCUMENT_TOKEN_TO_BE_REPLACED

As many of my readers know, I have been a regular author for the FPMA over the past year. I have spent the better part of that period discussing the onslaught of convenience stores by the Florida Department of Revenue. While our firm has been successful in reducing many assessments against dozens of C-stores throughout the state, I found it appropriate to discuss something in a positive light.

Last year in 2012, I discussed a case known as Micjo. In Micjo, the crux of the case was whether the Department could charge tobacco tax on shipping charges and excise taxes. Specifically, Florida Law imposes taxes of about 85% on other tobacco products (“OTP Tax”), based on the so-called “wholesale sales price” as defined in section 210.25, Florida Statutes (“F.S.”). Under Florida Law, the “wholesale sales price” means “the established price for which a manufacturer sells a tobacco product to the distributor.”

While this seems like a fairly straightforward analysis, the Division of Alcohol and Tobacco (“ABT”), believed the “wholesale sales price” was the total amount on the invoice, which included the amount the wholesaler paid for the tobacco, shipping, and federal excise taxes. Like many agencies tend to do, ABT “reminded” the court that the court owed it deference in statutory interpretation. Taking the contrary position, the court agreed with Micjo in that the “wholesale sales price” was clear in that it meant the price of the tobacco only.

While it appeared to be a fairly straightforward opinion, our state and local tax firm has seen in practice over the past year that in many counties (outside of the second district), ABT has “shockingly” ignored the opinion. Can it do this? Of course! It is the all-mighty agency.
END_OF_DOCUMENT_TOKEN_TO_BE_REPLACED