As a Florida sales tax lawyer I thought I have seen it all when it comes to overzealous state agencies attacking its citizens for unpaid taxes. With a narrow corporate income tax and no personal income tax, Florida is notoriously aggressive. In August, 2013, I came across an article that shows how other states are attempting to flex their biceps when it comes to tax collection. Specifically, New York announced its war on taxes by suspending individuals’ driver’s licenses if they owe more than $10,000 in taxes. 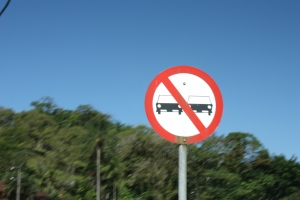 The Empire State has grown tired of chasing tax delinquents and Governor Andrew M. Cuomo is leading the charge. Put into law as part of the executive budget, New York believes this initiative will increase collection by about $26 million this year. The Governor was quoted as saying:

Our message is simple: tax scofflaws who don’t abide by the same rules as everyone else are not entitled to the same privileges as everyone else . . . . These worst offenders are putting an unfair burden on the overwhelming majority of New Yorkers who are hardworking, law-abiding taxpayers. By enacting these additional consequences, we’re providing additional incentives for the state to receive the money it is owed and we’re keeping scofflaws off the very roads they refuse to pay their fair share to maintain.

Aside from enjoying the use of the word “scofflaw” the Governor proudly proclaimed that the State Taxing Agency will be sending about 16,000 suspension notices in its first go round. The Taxpayers’ options from there are simple, pay the tax in 60 days or your license will be revoked. Of course, like many states, there is a payment plan option. Unfortunately, the payment plan options in many states are not really an option.

It is unclear from the article exactly how the enforcement will work. If the tax liability is a company’s liability, does that mean the agency can revoke an officer’s individual driving privilege? I am not sure how the state ties a driving privilege to unpaid taxes but that is its creative to solution to what appears to be a real problem in New York.

We have seen aggressive extortion taxes in other states as well. For example, in Florida the taxing agency has been attempting to deny a sales tax registration for a company based on a past liability of an unrelated company that had a similar officer. Is it constitutional for a state to deny a person the right to start a business because of a past debt? Surely this is what the founding fathers had in mind when they forbade a debtors prison. In present times, you are not sent to jail for unpaid debts and taxes, however, states think it’s acceptable to rescind your ability to make a living or now to drive. I hope the citizens of New York and other over oppressive states fight laws that seem nonsensical.

About the author: Mr. Donnini is a multi-state sales and use tax attorney and an associate in the law firm Moffa, Gainor, & Sutton, PA, based in Fort Lauderdale, Florida. Mr. Donnini’s primary practice is multi-state sales and use tax as well as state corporate income tax controversy. Mr. Donnini also practices in the areas of federal tax controversy, federal estate planning, Florida probate, and all other state taxes including communication service tax, cigarette & tobacco tax, motor fuel tax, and Native American taxation. Mr. Donnini is currently pursuing his LL.M. in Taxation at NYU. If you have any questions please do not hesitate to contact him via email JerryDonnini@Floridasalestax.com or phone at 954-642-9390.