As Florida tax attorney’s we are often asked the question as to whether the IRS can come after an officer of a company personally for taxes. As a very general rule, the state or the IRS can only come after an officer personally if the taxes are trust fund taxes. This means taxes that an individually is holding on behalf of the state. The classic example is employment taxes held by the employer for the government. Another common scenario is a company collects sales tax on behalf of the state it is considered the state’s money held in trust by the company, and personal liability becomes an issue.

In late August 2013, the Tax Court heard a case involving this very issue is Hellman v. Comm’n, 106 T.C.M. 138 ( Aug. 21, 2013) In the case, the IRS determined the shareholder, Hellman, was the responsible party and went after Hellman’s assets personally. There was a pending court case to determine whether Hellman was in fact willfully failing to pay the taxes as required by section 6672, IRC. The Taxpayer challenged the refund and said this was unfair.

END_OF_DOCUMENT_TOKEN_TO_BE_REPLACED

In Announcement 2011-64, the Internal Revenue Service (“IRS” ), which provided taxpayers with a chance to change the status of their workers from independent contractors to employees for future tax periods. If the program was elected by a taxpayer, then the IRS would apply minimal tax liability to the employer for the past nonemployee treatment of its workers. This effective tool went into effect in September 2011, and has been used by a number of small businesses throughout Florida and nationwide. Further, Announcement 2012-45 has announced that the program would run until the end of the month, June 2013.
END_OF_DOCUMENT_TOKEN_TO_BE_REPLACED

Between the years of 1993 and 1997, whistle blowers brought forth ten cases accusing medical groups of conspiring to defraud Medicare. Normally, a case like this doesn’t grab my attention; however, as a Florida tax attorney, this medical case caught my eye. I was not interested in whether the claims were false, if the medical companies scammed Medicare, or what other potentially unprofessional practices the group engaged in. Rather, from a tax perspective, I was curious if the settlement payment was tax deductible.

Section 162, Internal Revenue Code (“I.R.C.”) allows a deduction for expenses of a business that are necessary and ordinary. Generally, a settlement claim paid by a business can be properly deducted on its federal tax return. See, Comm’r v. Pacific Mills, 207 F. 2d 177, 180 (1st Cir. 1953). However, under section 162(f), I.R.C., if an expense or payment is a fine or similar payment paid to the government, then the expense is not deductible. This makes sense in that the IRS does not want to grant tax incentives to companies for paying fines and the like. Thus, the question in this case is whether a settlement relating to Medicare fraud is a fine or similar payment.
END_OF_DOCUMENT_TOKEN_TO_BE_REPLACED 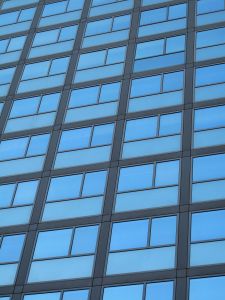 The story starts with a company incorporating in California in 1986. The company had its rights and privileges to do business in California suspended in March, 2004 through April 13, 2012. On March 16, 2011, the IRS issued a notice of deficiency for over $200,000 in tax, penalties, and interest. On June 13, 2011, the petition was filed to challenge the assessment, and the IRS moved to dismiss the case because the corporation was suspended. The Taxpayer pointed out this fact and argued that, in addition, the notice had the wrong address to challenge the assessment on its face. Assuming the Taxpayer was suspended at the time of filing the Petition, and the IRS sent the notice to the wrong address, who wins?
END_OF_DOCUMENT_TOKEN_TO_BE_REPLACED

Our practice receives many calls dealing with collection due process hearings. The hearing is an opportunity for a Taxpayer to contest a tax assessment by the IRS. Recently, on April 18, 2013, the Tax Court issued a Memo (an opinion) regarding a collection due process hearing sought by two individuals. This memo serves as another reminder as to why it is often advantageous to get an experienced tax attorney involved when dealing with the state taxing agency or the IRS.

In this case, Kenneth Taggart, the Taxpayer and a Pennsylvania resident, worked as a real estate appraiser and broker. He owned two S-Corps, through which he conducted his businesses, and four rental properties. In September of 2007, the Petitioner timely filed his a zero 2006 Federal Income Tax Return, and then mailed an amended 2006 return in 2008 showing income of just over $100,000. Filing a zero return can be a useful tool to start the ticking of the statute of limitations even if the return shows 0. In addition, the Taxpayer filed a return for $133,000 in 2008 but failed to include the proper tax payment. The IRS ultimately assessed him $31,000 in tax due plus penalties and interest of about $2,000 as it is able to do under section 6651, IRC.

In 2009, an offer in compromise was received from the Taxpayer, which was rejected in early 2010 because the offer was less than reasonable in the IRS’ view. The Taxpayer missed its 30-day appeal period but was afforded an opportunity to resubmit a new offer in compromise in March 2010. Before the appeal period had run, the IRS filed a notice of tax lien accompanied with a Notice of Federal Tax Lien Filing and Your Right to a Hearing under IRC 6320. The Taxpayer submitted Form 12153 to challenge the premature Tax Lien filing. Following a conference and several correspondences with the IRS, the Taxpayer lost the challenge and his offers in compromise were denied.
END_OF_DOCUMENT_TOKEN_TO_BE_REPLACED

END_OF_DOCUMENT_TOKEN_TO_BE_REPLACED 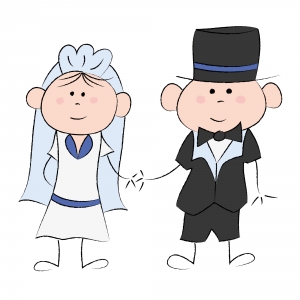 On July 31, 2012, Judges Reinhardt and Smith delivered the opinion of the 9th Circuit. Specifically, California enacted Proposition 8 which stripped the couples of the right to have their relationships recognized by the state as a “marriage.” Conversely, same-sex couples had all other rights and responsibilities, but California classified them as “domestic partners.” The challengers argued that the amendment violated the Fourteenth Amendment of the U.S. Constitution.
END_OF_DOCUMENT_TOKEN_TO_BE_REPLACED

It is no secret that professional golf can be extremely lucrative for its star players. Not only do the tour golfers make substantial income from the golf tournaments in which they do well, but they can also make exponentially more money from endorsement or royalty deals. As all sports, especially professional golf, gain international popularity, how income is allocated becomes increasingly important. If a professional golfer makes the majority of his money in the United States, but lives in a foreign country, how much of the income should be attributable to his activities here in the United States? 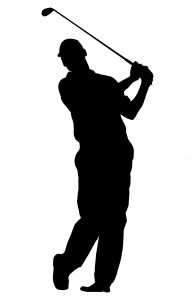 Specifically, the Spanish born and aptly named “El Nino,” entered into an endorsement agreement with TaylorMade. Under the seven year agreement that commenced in 2002, TaylorMade received the rights to use the Swiss resident’s likeness, image, signature, voice, and any other symbol to promote its products. El Nino had to also exclusively wear and use TaylorMade golf products and “associated brands,” which were Adidas and Maxfli. Regardless of your personal beliefs TaylorMade apparently signed the young golf star because it believed he would add a “cool, athletic, and competitive” element to the TaylorMade brand, which would appeal to the “fun” side of young golfers. The tour pro had to wear the brand on and off the golf course, play in at least 20 professional golf events per year, and had to fulfill several other obligations of TaylorMade.

Although the deal seemed one sided, it wasn’t all bad for El Nino. In 2003 through 2005 his base royalty fees from TaylorMade were $7 million. From 2005 on, his income was performance driven and would range from $3 million (if he finished ranked below 21st) to $9 million (if he finished ranked #1). In addition, he could earn bonuses depending on the events he won in a given year. For the golf fans out there, there was also an apparent disagreement between the then rising star and TaylorMade that led to several contract amendments because the golf pro refused to use the MaxFli ball.
END_OF_DOCUMENT_TOKEN_TO_BE_REPLACED